Casualty  — A huge big well done goes to Old REBEL and Student of The Year 2016 Annabelle Kaye as she is cast as guest lead in an episode of Casualty!

Annabelle was cast from lots of girls at her casting as guest lead ‘Hannah Maey’ and filmed for an amazing 3 weeks down in London and Wales. A bit of a new experience for her as she spent an awful lot of time in a water-tank….in her own words ‘It was really fun for the first day, but got colder and colder as filming went on!’. Annabelle was seen on Saturday 19th May and her episode can still be seen on iPlayer.

A huge congrats to her and we are sure we will see her very soon in other dramas…keep watching! Well done Annabelle! 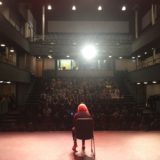 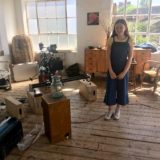