D For Dexter — Congrats go to CAPA REBEL Harry Steel, as he is cast as a traveler boy in an episode of ‘D for Dexter’, a BBC radio drama. Harry will record for a few days later in August and September down in Lincolnshire after an initial self tape and further recall with the casting director.

Well-done Harry…a new experience for you in a recording studio! 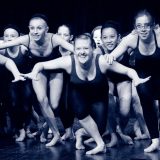