LAMDA Exam Results 2018 — On Sunday 25th March and Sunday 22nd April, 258 Huddersfield REBELs took their LAMDA exams and we honestly couldn’t have been prouder. All of our students were professional, engaging and theatrical in their pieces and a great credit to themselves and us….with Distinctions across the board in all group exams! Full results as below: 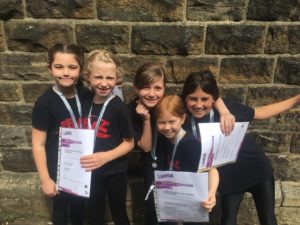 In Solo and Duo Drama and musical Theatre Exams we received 5 Distinctions and 5 Merits.