Hannah has been with REBEL since our opening night in 2004… although she had a year-long break from REBEL in 2008 to pursue her own training in London.  Hannah covers classes at both our Leeds and Huddersfield Schools in Drama, Creative Arts, Screen REBELs, and Singing REBELs.  Hannah also likes to cameo in our Musical Theatre classes from time to time… where she can frequently be heard using the words ‘that was good… HOWEVER’!  Hannahs teaching style leans towards the technical and classical… whilst remaining modern in the approach.

Hannah also has a strength in preparing children for work in television, film and commercials as well as preparing older students for drama school auditions and all students for exam work. This means that Hannah complements the other teachers perfectly and is able to nip in and out of class for individual student help.  Hannah has also worked on quite a few screen and stage projects including guest lead ‘Annie Hinckley’ in two episodes of ‘Holby City’, ‘Kelly Wilson’ in Series 2 of ‘The Syndicate’, ‘Sarah’ in ‘Worried About The Boy’ and most recently has completed filming on a John Godber feature film…busy lady!

Where’s Me Jumper – The Sultans of Ping FC.

“I love acting. It is so much more real than life”.
“Always laugh when you can. It is cheap medicine’.
“We are all in the gutter, but some of us are looking at the stars”. 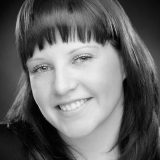