Richard really has worked his way through the REBEL ranks!  He came to REBEL as a student all the way back in 2006.  In 2007 he proved himself as a fantastic performer and became a student teacher in drama at our Leeds School.  Richard now makes a cameo at both of our schools and covers Drama Workshop and Screen classes from time to time.  Richard brings a vast knowledge of the theatre world with him, having studied for a degree in Theatre.  He has a fresh, youthful approach to drama classes and brings up to the minute techniques and methods with him…and don’t let him fool you… not only is he a fantastic teacher and actor, he has a hidden talent for dance and singing too! 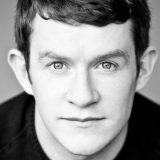